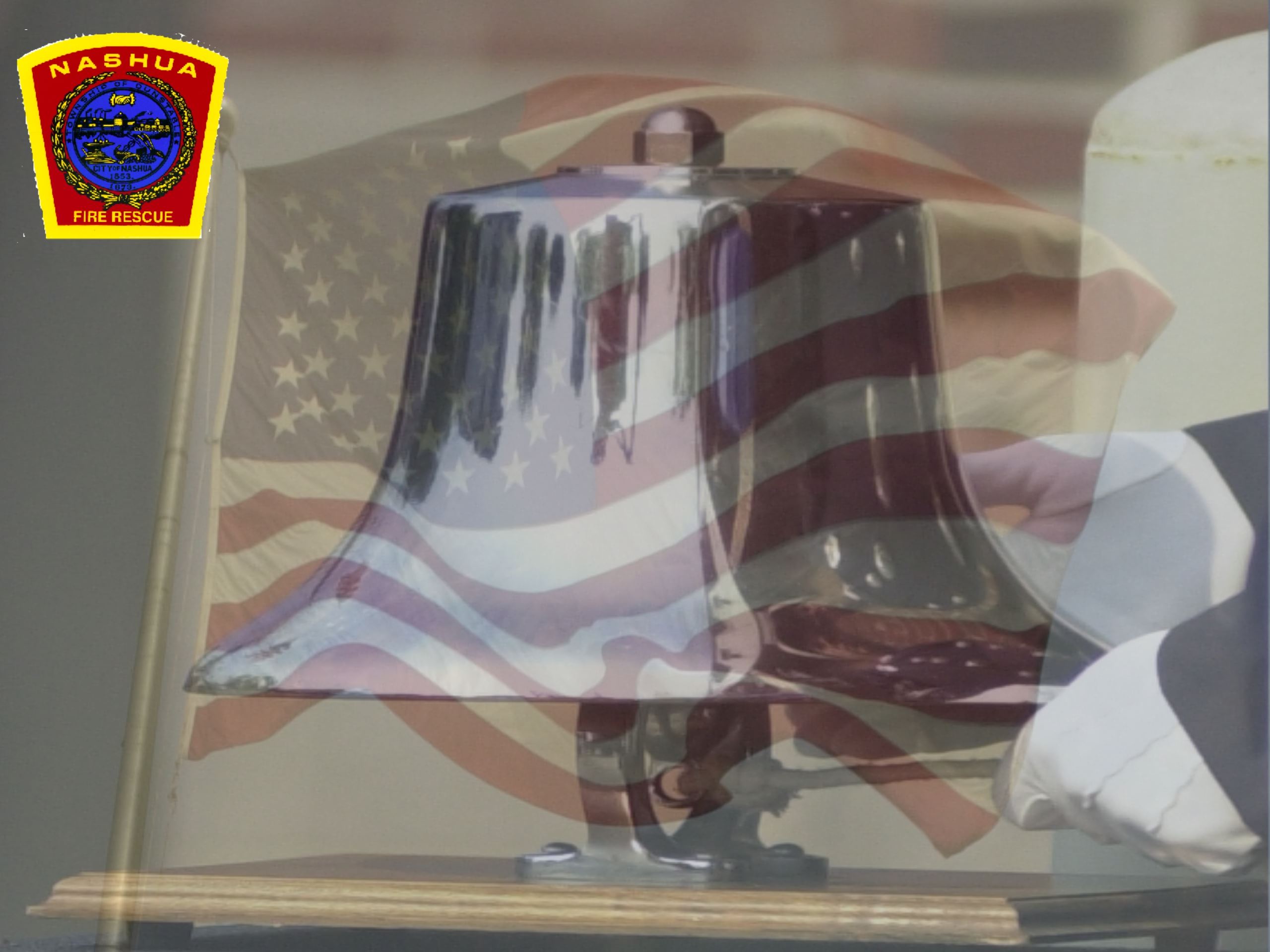 This page is dedicated to the members of the Nashua Fire Rescue who lost their lives in serving the citizens of Nashua. Since the incorporation of the fire department a total of ten Firefighters have made the supreme sacrifice. We honor their service and bravery. A memorial to their service has been erected at the intersection Concord and Manchester Streets by the Nashua Firefighters Relief Association.

•Firefighter Robert Poff- Feb 21,1895, the first firefighter to die in the line of duty since the department was incorporated. Poff, a seven-year veteran, was operating a steamer known as Indian Head No. 3 out of the original Crown Hill station in response to a call. When he tried to turn the corner onto East Hollis Street, he fell off the rig, slipped under its wheels and suffered massive head injuries that claimed his life. Witnesses, including Fire Chief George Osborn, later said Poff may have struck a nearby utility pole. He was 32 years old.

•Firefighter George Hidden - May 31,1909. Firefighter George Hidden was exercising the three-horse hitch of Steamer 2 near the old Lake Street fire station when he dropped a rein and lost his balance trying to recover it. Hidden, who was 68, apparently fell from the wagon, and upon hitting the ground, was run over and crushed by either the horses or the wagon wheels.

A firefighter for almost 40 years, Hidden’s first call was to the massive fire that destroyed the old Chocolate Church on Main Street and Pearson Avenue on April 15, 1870.

•Deputy Chief Guy Lewis – July 3, 1944, a 27-year fire department veteran, held the rank of junior deputy fire chief when he died unexpectedly at his Walnut Street home on July 3, a month shy of his 47th birthday. The cause was ruled a heart attack.

Lewis had joined the department as a call man in 1917, became permanent in 1924, and was named captain in 1931 and junior deputy chief in 1941. Although he had battled health problems for some time, Lewis’ death came as a shock to many, including his fellow firefighters.

•Chief William Whitney - Oct. 17, 1940. Will Whitney was born in Nashua in February 1876 to Charles H. and Eliza J. Whitney. Charles, also a career city firefighter, was chief from 1915 until his death in March 1918. William joined the department as a call man in May 1899 and earned permanent status 18 months later as a member of Steamer No. 1 company. Whitney was named captain of Engine 3 in 1909, then elevated to junior deputy on July 1, 1930 - two months after that conflagration wiped out a chunk of his hometown. Promotion to senior deputy came just 9 months later, and Deputy Whitney became Chief Whitney on May 1, 1939. Daily journal entries reflect Will Whitney as a pro-active, safety-minded firefighter and officer who put a lot of stock in firefighter training and education. For instance, Whitney had been a junior deputy for only a week when he and Chief James Smith motored down to the Worcester Fire Department Training School in Massachusetts so Whitney could start a "special training and drill work" program back in Nashua. On the day Chief Whitney died, his son, Everett Whitney - a fire commissioner, fittingly enough - picked up his dad's beloved journal and penned the final entry. "Dad died this morning ... sudden death came from overexertion while fighting a brush fire with Robert Downey, his driver. Dad was able to get back to the chief's car but, died in the car at the (scene of the) fire, near Runnel's Bridge." Downey "rushed Dad to St. Joseph Hospital; Dr. Mulvanity and Dr. Joyce attended Dad (outside) the hospital, but Dad had gone beyond medical aid."

•Lieutenant Sylvio Vigneault - August 24,1948, A heart attack likely brought on by the effects of inhaling a large amount of smoke at a fire felled Lt. Sylvio Vigneault. Vigneault died two days after collapsing while on duty at the Amherst Street station. He took in the smoke while fighting a fire several days earlier in a large building on Factory Street.

•Captain Alfred Laplante and
•Firefighter George McCaugney - Jan 13,1949, One of the most tragic incidents in Nashua fire department history occurred the evening of Jan. 12, when Capt. Alfred Laplante, 48, and firefighter George McCaugney, 33, died from injuries sustained when the open-style Ahrens-Fox truck they were riding from the Amherst Street station to a general alarm fire at the St. Jean Baptiste block at Central and Chestnut streets rolled over after colliding with a car at Main and Factory streets.Two other firefighters – Otis Mason, 38, who was driving, and Albert Winterbottom, 40 – suffered multiple injuries.

•Captain Raymond Duplissie- May 1, 1950, suffered a fatal heart attack at the Amherst Street station on May 1, which happened to be the 32nd anniversary of his hire as a permanent firefighter. Duplissie collapsed shortly after he and his crew returned from answering an alarm at Box 113, the old Daniel Webster Hotel on Main Street, for a smoke investigation. What was reported as smoke was only steam coming from the building. Age 54.

•Captain Honore Raymond- March 8, 1971, a 32-year veteran of the department, collapsed while fighting a two-alarm residential fire on Damon Ave. Attempts to revive him at the scene and en route to the hospital failed; Raymond was pronounced dead of an apparent heart attack. He was 60 years old and had been with the department for 28 years.

•Lieutenant David Sullivan- Nov 27, 1978, Lt. David Sullivan was pronounced dead on arrival at a local hospital shortly after suffering a heart attack while battling a two-alarm fire in a vacant building at 23-25 East Pearl St. on Nov. 27. Sullivan, who was stricken while climbing an aerial ladder, was 36 and had been at the department eight years.

•Firefighter Marc Bechard- March 16, 1987, Firefighter Marc Bechard collapsed at the Spit Brook Road fire station, shortly after he and his crew returned from a call. He lost consciousness on the way to the hospital, where efforts to revive him failed. The death of the nine-year fire department veteran was ruled a cerebral hemorrhage. He was 28.

Special thanks to the Nashua Fireman's Relief Association and Nashua Telegraph Reporter Dean Shaloup for their research.