This contract will include construction of the Parkway from the limit of the Parkway North contract to a point just south of the new River Bridge. The work includes the River Bridge as well as a new two-lane bridge at Fairmount Street to replace the existing two-lane timber bridge.

The width of the River Bridge has been set to accommodate a turn lane for a possible future connection to either Front Street or Franklin Street. The new bridge will have sidewalk on both sides. Overlook locations will be built into the bridge on both sides to facilitate viewing the Nashua River from the span. 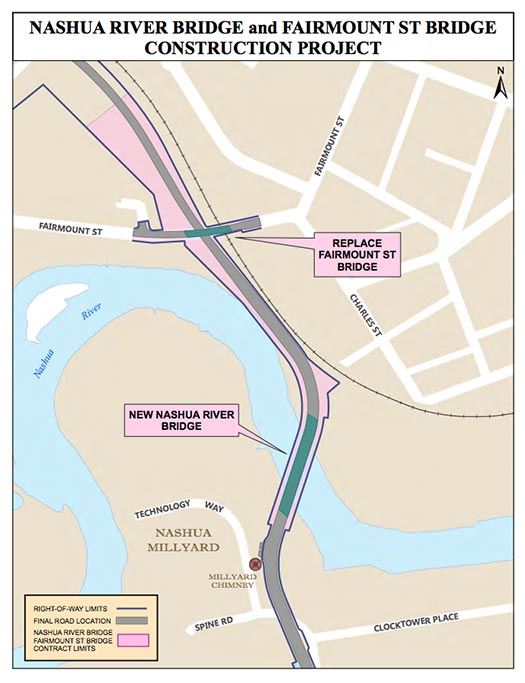