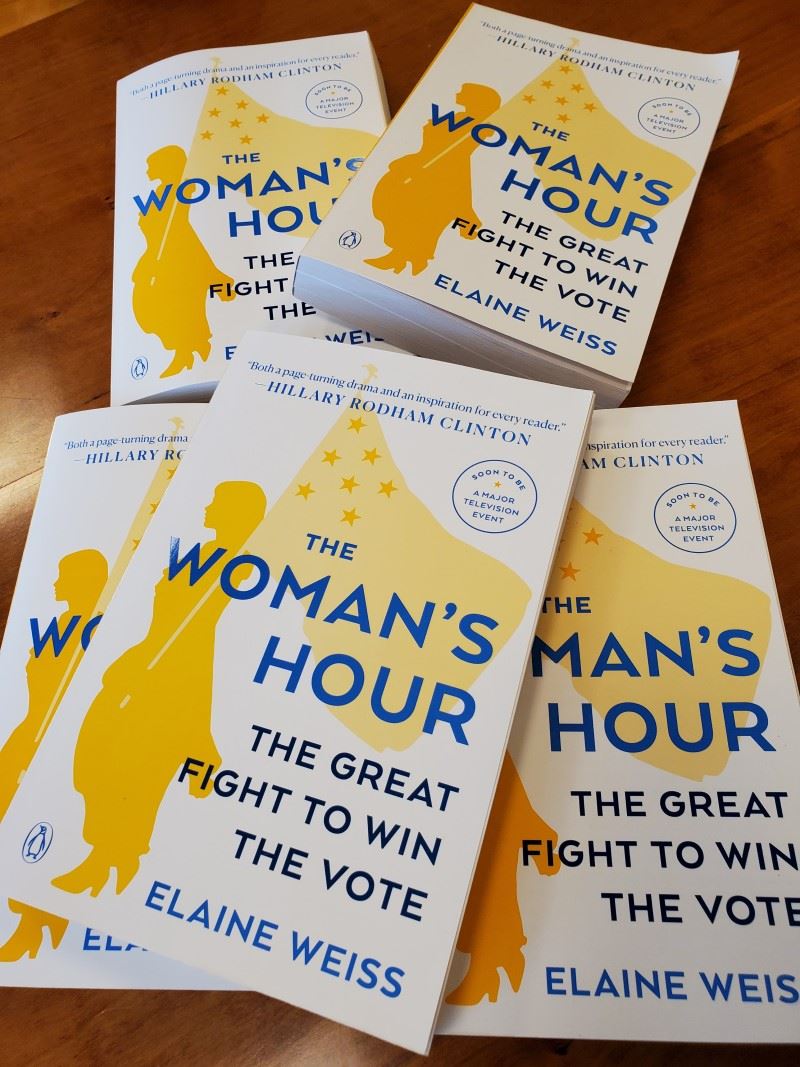 “The Woman’s Hour,” by Elaine Weiss, chronicles the Women’s Suffrage Movement and the battle for ratification of the 19th Amendment in Tennessee, the 36th state to ratify and the state that put the Amendment over the top.  The suffrage movement, which celebrates its 100th anniversary this year, resulted in women nationwide getting the right to vote. On Oct. 20, 2020 at 7 p.m., Nashua Mayor Jim Donchess is hosting a virtual book club focused on Weiss’ novel, to commemorate this historic milestone.

Three local panelists, along with Mayor Donchess, will kick off the event, with each offering a perspective on the book and then opening it up to questions from registered participants. Panelists include Dr. Nicole Loring, a political science professor at Rivier University and two women’s studies specialists from the Nashua School District - Sarah Paling and Kate Soucy, both of Nashua High School South.

A limited number of copies of the “The Woman’s Hour” are available at the Nashua Public Library for anyone interested in participating in the event. The book is also available for purchase on Amazon, in-store at Barnes & Noble in Nashua and at barnesandnoble.com.

Register for the Virtual Book Club >

Seven decades of effort by women leaders resulted in the U.S. House of Representatives approving the Susan B. Anthony Amendment on May 21, 1919, with the U.S. Senate giving its approval two weeks later. Three-fourths (36) of then-48 states ratified the amendment, with Tennessee as the last state to do so on Aug. 18, 1920. The 19th Amendment was officially added to the U.S. Constitution on Aug. 26, 1920.

Visit https://elaineweiss.com/ to learn more about Elaine Weiss and https://www.penguinrandomhouse.com/books/318833/the-womans-hour-by-elaine-weiss/ for information on “The Woman’s Hour.”